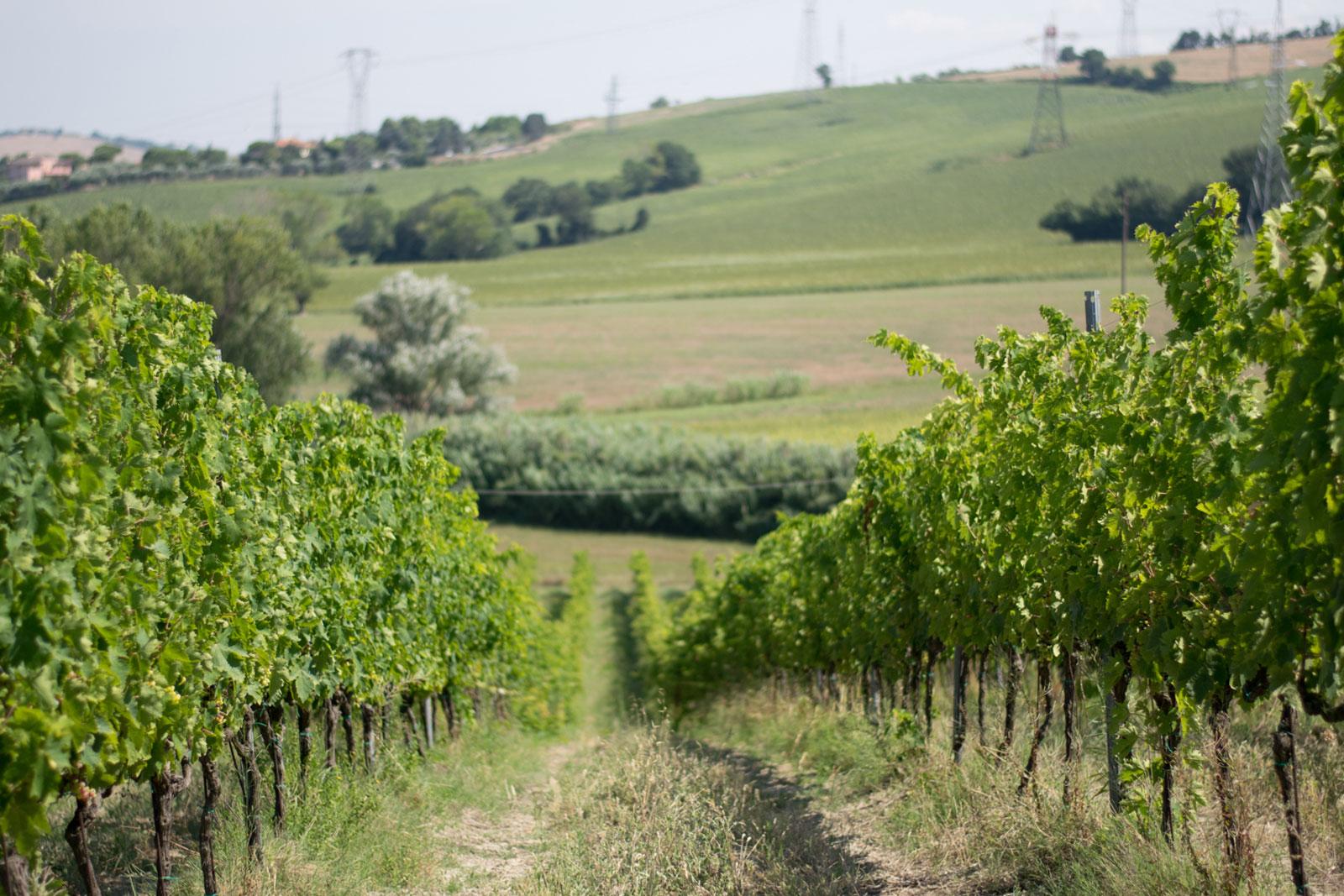 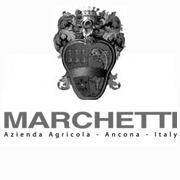 The winery, founded during the last century, is family-run. Today it is owned by the successors of Doctor Mario Marchetti and is directed by his son Maurizio, who continues, with modern and safe technologies, the ancient vine-making tradition of the Marche region. The Conero D.O.C. district, near Ancona, is located in the known riviera, which is praised for its climate and its environmental charm, as well as for the "Verdicchio dei Castelli di Jesi Classico".

In these flourishing wine-producing microregions, the Marchetti winery grew and developed and is now characterised by a great vocation for vinification and wine culture, which is still driven by the impulse of improving products and market presence. The guiding principle of their tradition, to which the owner has stayed true, is to highlight the quality of small quantities and the class of the Rosso Conero and Verdicchio Classico.

The winery and its products are therefore directed to high range consumers, who appreciate unique and refined flavours. Small green jewels are nestled on the Doric hills: the Rosso Conero vineyard is 16 hectares wide, exposed towards South, while the Classica Verdicchio Area is 8 hectares wide. This was a company choice, since the reduced size make it possible to minimize the time it takes to work on the crops. The vineyards, arranged in rows, are 90% Montepulciano and for the rest Sangiovese of the Rosso Conero, while the white wine vineyards are 100% Verdicchio. To be sure to pick only ripe grapes during the harvest, which the Marchetti make later than other wine growers of the area, more passages are made. The yelds do not exceed 90 ql pro hectare.

The vinification is done in the farm's wine cellar, in full respect of the production rules, with the aim of joining modern technoligies, essential in granting the wine's value, and ancient practices, like barrel fermentation and long maceration times, which ennoble the Rosso Conero. The wine ageing, in french barriques (in the Conero Riserva), continues for two years and after the wine bottling, it is left to age for another three months. The particularly suitable terrain, the great selection of the vineyard adn the accurate vinification, give these house wines the quality and prestige which have led them to success.

Their success is marked by numerous prized, acknowledgements and national and international nominatios. House Marchetti's main wine is the Rosso Conero is produced traditionally and aged in slavonian durmast. The noble wine of the Conero Riserva "Villa Bonomi", supreme nectar aged in french barriques is next on the list. The winery produces also Brut and Verdicchio Classico, whose appreciation is growing among consumers. The selection of grapes and the limited extension of the vineyards, allow the production of not more than 50.000 bottles per year. 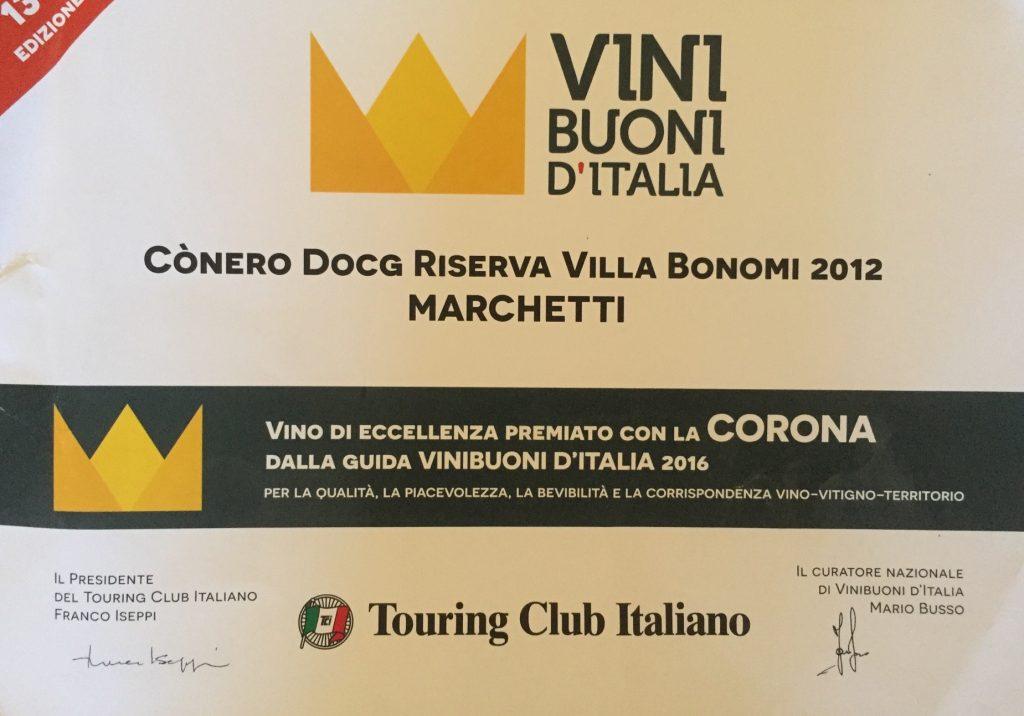 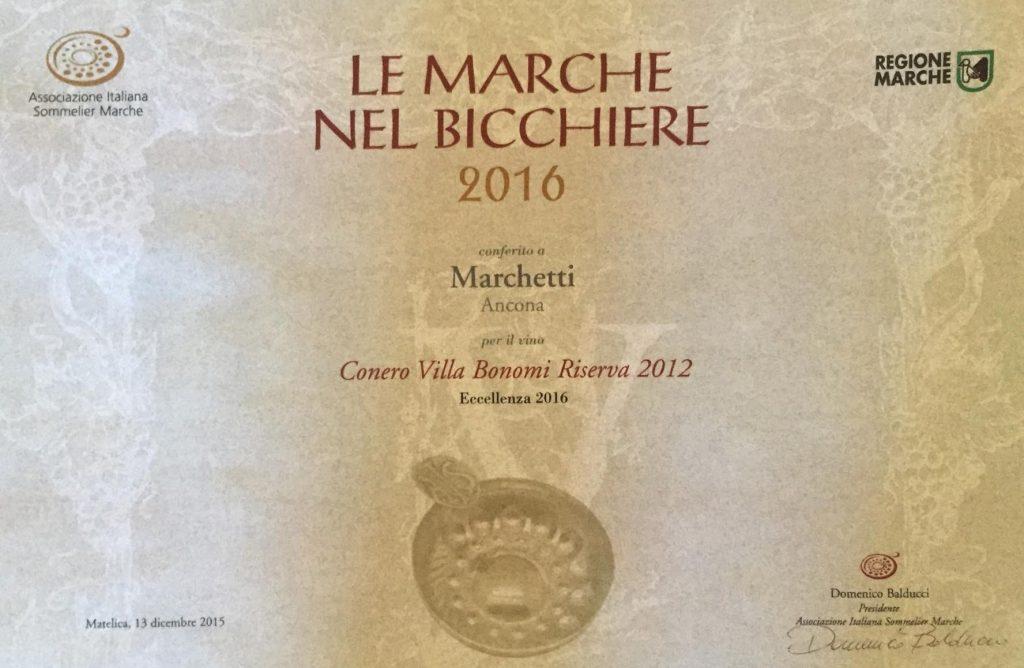